If you know anything about GTR Lighting products, you know they've got some of the brightest bulbs in the world! GTR's Carbide 2.0 LED bulb was a massive hit as a resistor-free option to correct hyper flash. Well, now they're introducing the latest in their killer Ultra-series lineup with the i-LED Turn Signal bulb. 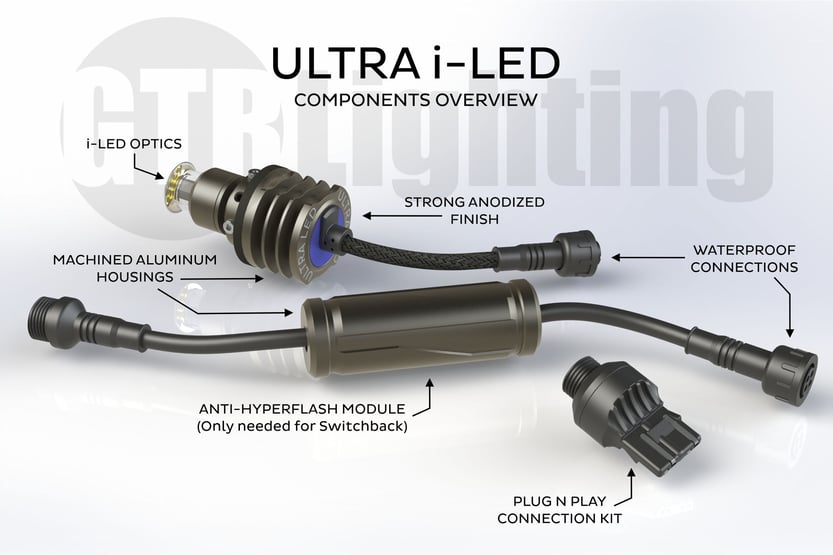 The first lighting upgrades many car and truck enthusiasts will make will be the turn signals, reverse lights, and tail light bulbs.

Why not take it up a notch with the new benchmark in automotive lighting? Get your hands on the i-LED Turn signal bulbs, which are not only super bright and plug and play, but also resistor-free! No splicing wires or mounting resistors! 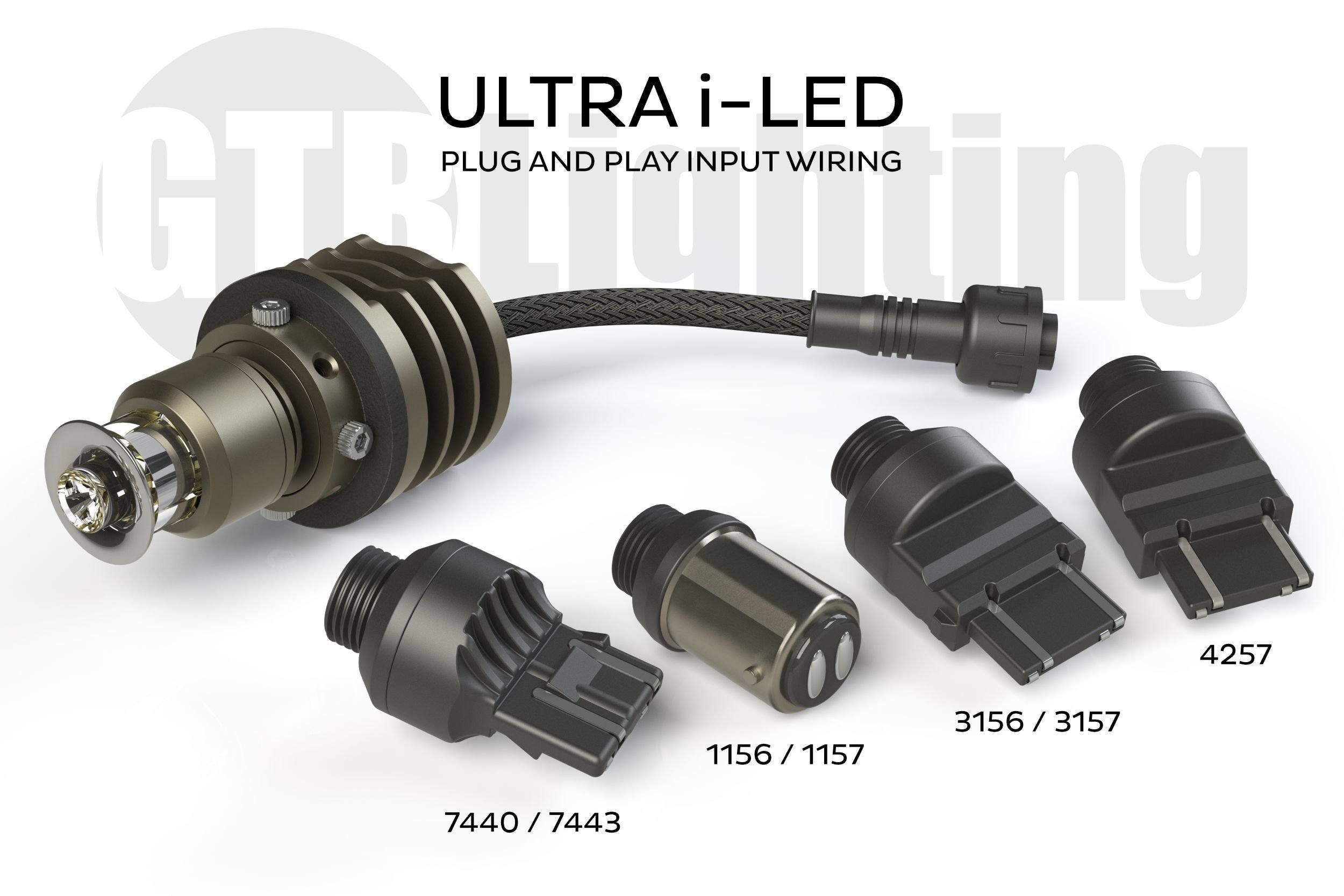 When it comes to output, this product maximizes intensity both up close and far away. The i-LED's tuned, brilliant LED drivers offer no compromise on quality and reliability. This product combines modern LED performance and old-school style with an off-ramp feature that allows the bulb to fade when used as a turn signal. These features and more are yet another example of how GTR Lighting leaves no detail out, no cut corners in its features and technology. 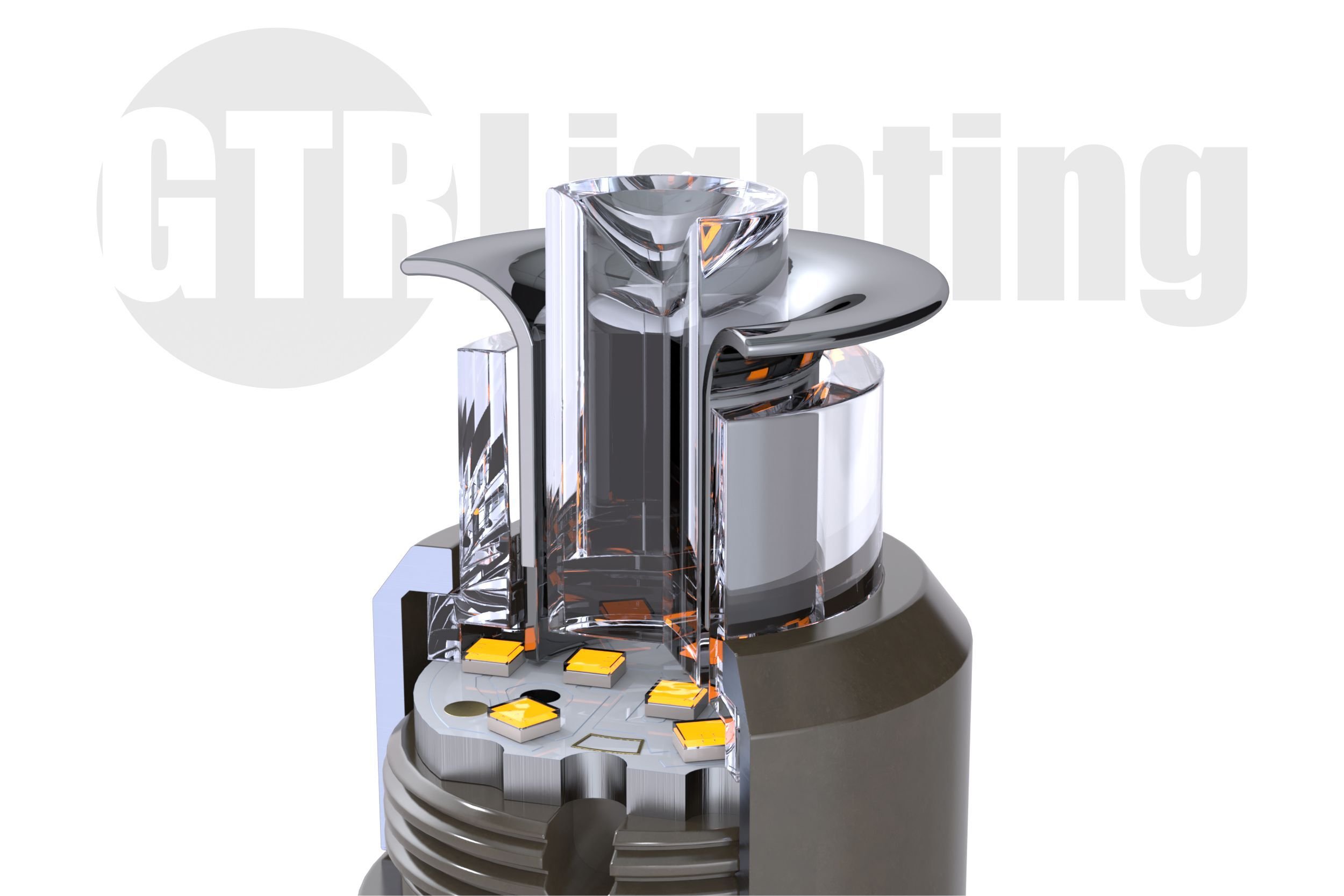 There is no comparison when it comes to power generated by the i-LED. By consuming nearly the same amount of energy as the original incandescent/halogen bulb, the i-LED is completely resistor-free in 85% - 99% of all vehicle applications! The exception to this comes with Switchback, which GTR Lighting already thought of with their advanced, optional resistor-module to eliminate pesky hyper flash.

We know that if you're here, you probably like to customize every part of your vehicle.

Luckily, GTR's Ultra i-LED is available in multiple applications: White, Red, PC Amber, and White/Amber Switchback. The collar is universal, fitting any headlight or taillight housing you can throw at it. Not only that, but these bulbs work as front turn signals, rear turn signals, brake lights, parking lights, or reverse lights. So many opportunities for lighting upgrades! 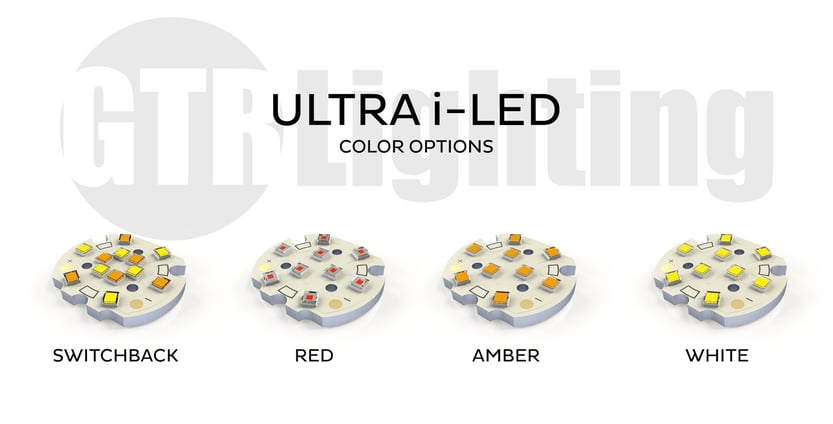 Style, Even During the Daytime

Ok, these bulbs are bright, but have you ever thought about how they look turned off in the daytime? Probably not, but who wants to look through your headlight housing and see an ugly stock bulb? 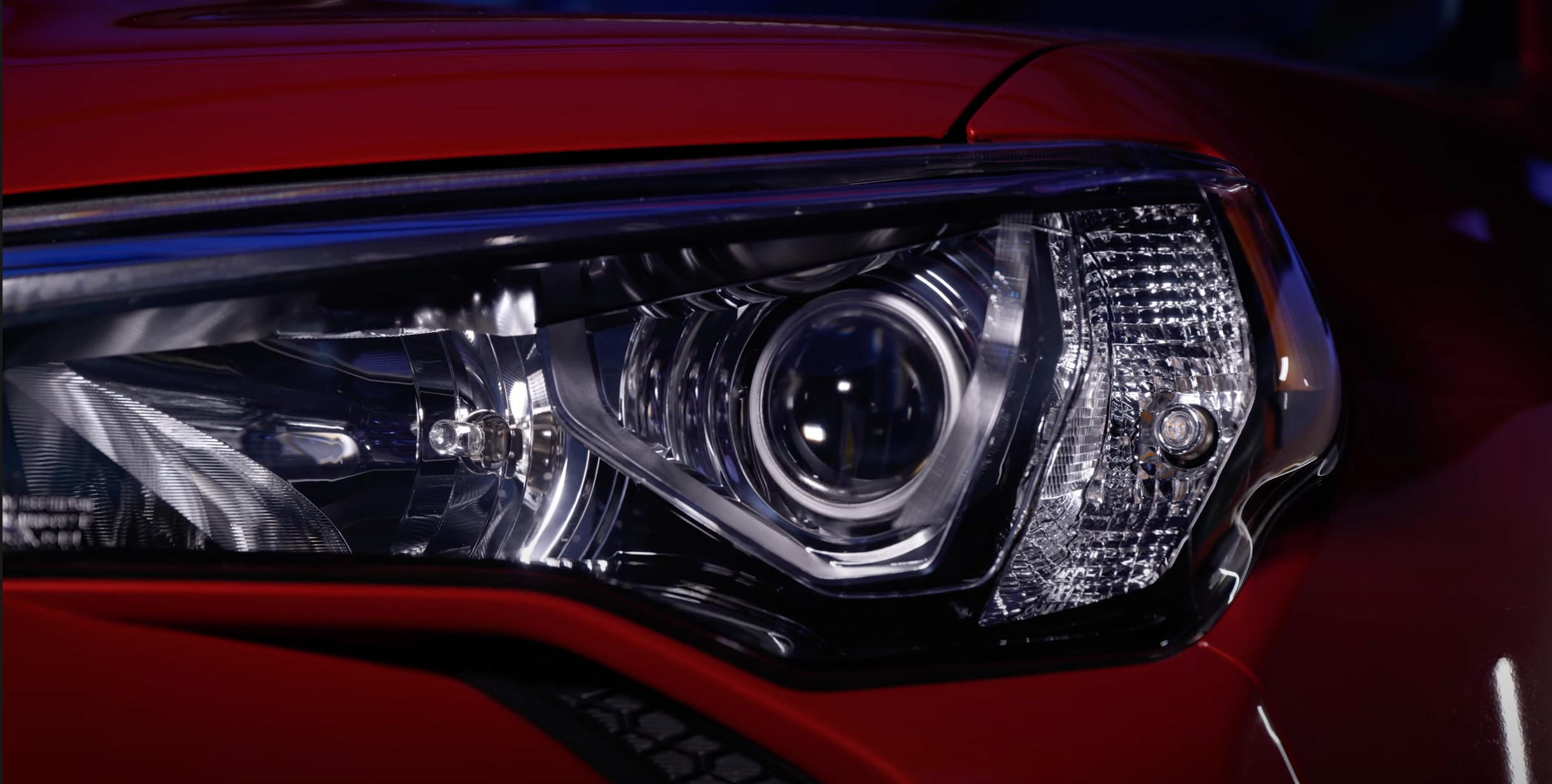 These i-LED bulbs are a show-stopper, with exposed LED chips that you can see for a modern look and unmatched performance. If you're in pursuit of the best-looking bulb to match your decked-out ride, then you've found the right product.

So, how does it stack up to the competitor? We've done the hard work for you!

When it comes to improvement from stock, the XTR VF bulb from Xenon Depot hits the mark with crazy bright performance. However, it's no comparison to the output from the i-LED bulb. Both offer that stock amber look, but with a much more desirable color with improved brightness. 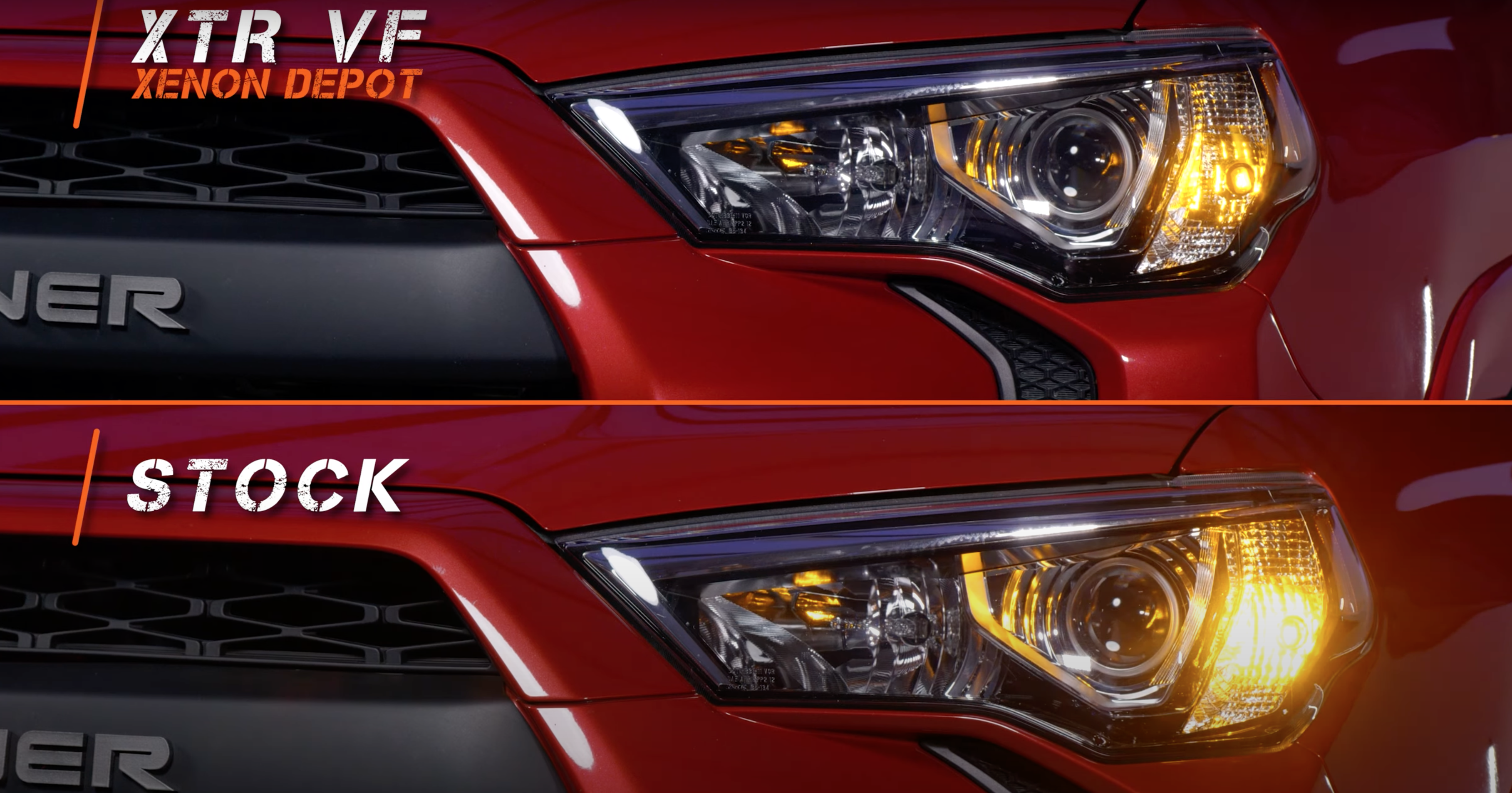 For a bulb even brighter than the XTR VF, the VLEDs Triton V6 bulbs perform better. However, they lack the long-distance range of the i-LED. 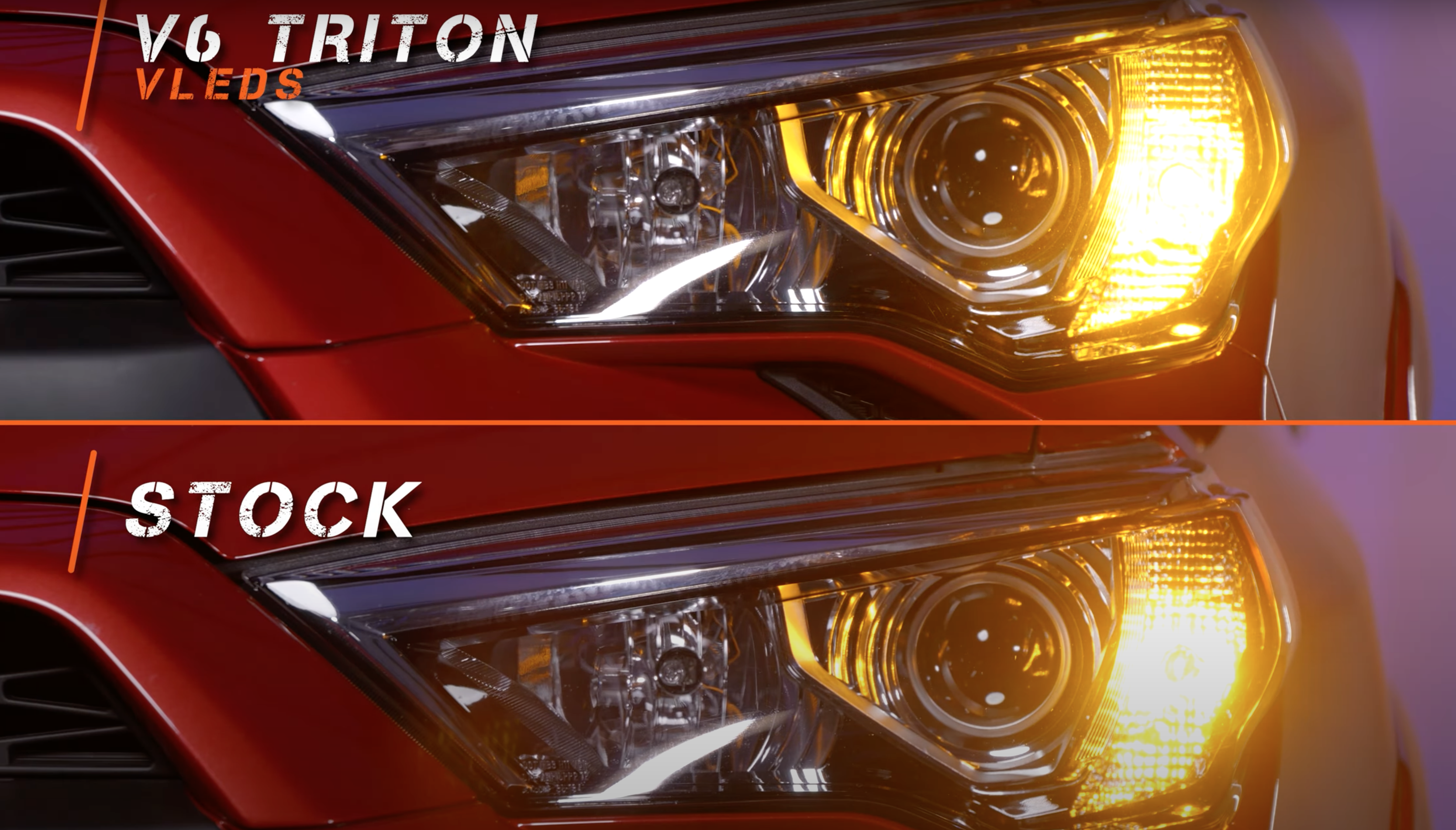 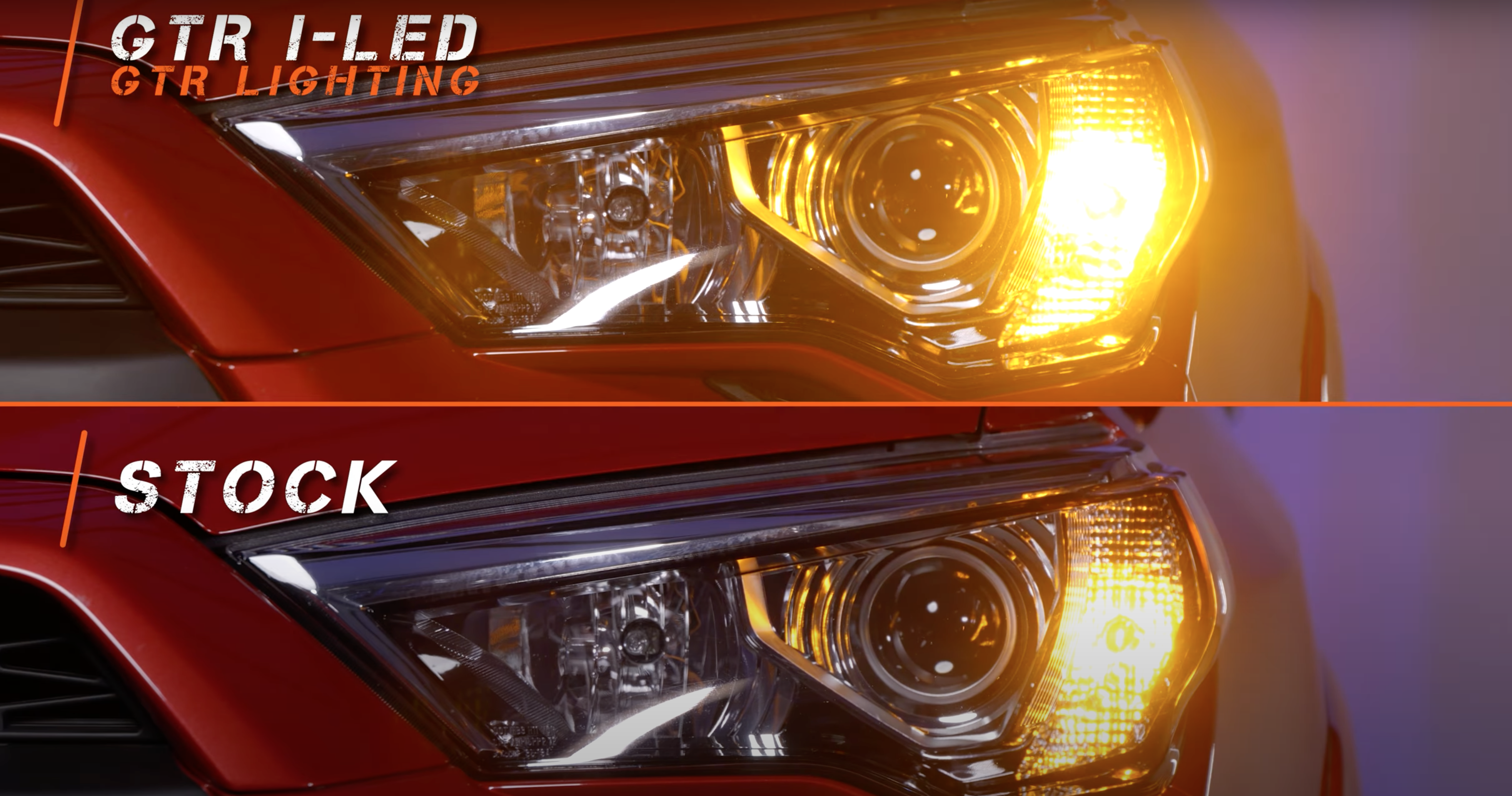 For a full look at the release of the GTR Lighting i-LED resistor-free bulb, scroll down for a video feature from Headlight Revolution!

The Brightest LED BULB IN THE WORLD! - Better Automotive Lighting