For a long time if you wanted to update your headlights to something brighter or a different color than stock the only option was to install an HID conversion kit, and this product has really been the only decent option for about 10 years now. In late 2013 a new product was announced by GTR Lighting that is set to shape the headlight landscape for the foreseeable future! I’d like to introduce to you the LED conversion kit and hopefully explain to you what the difference between this new LED kit product is when compared to an HID kit. 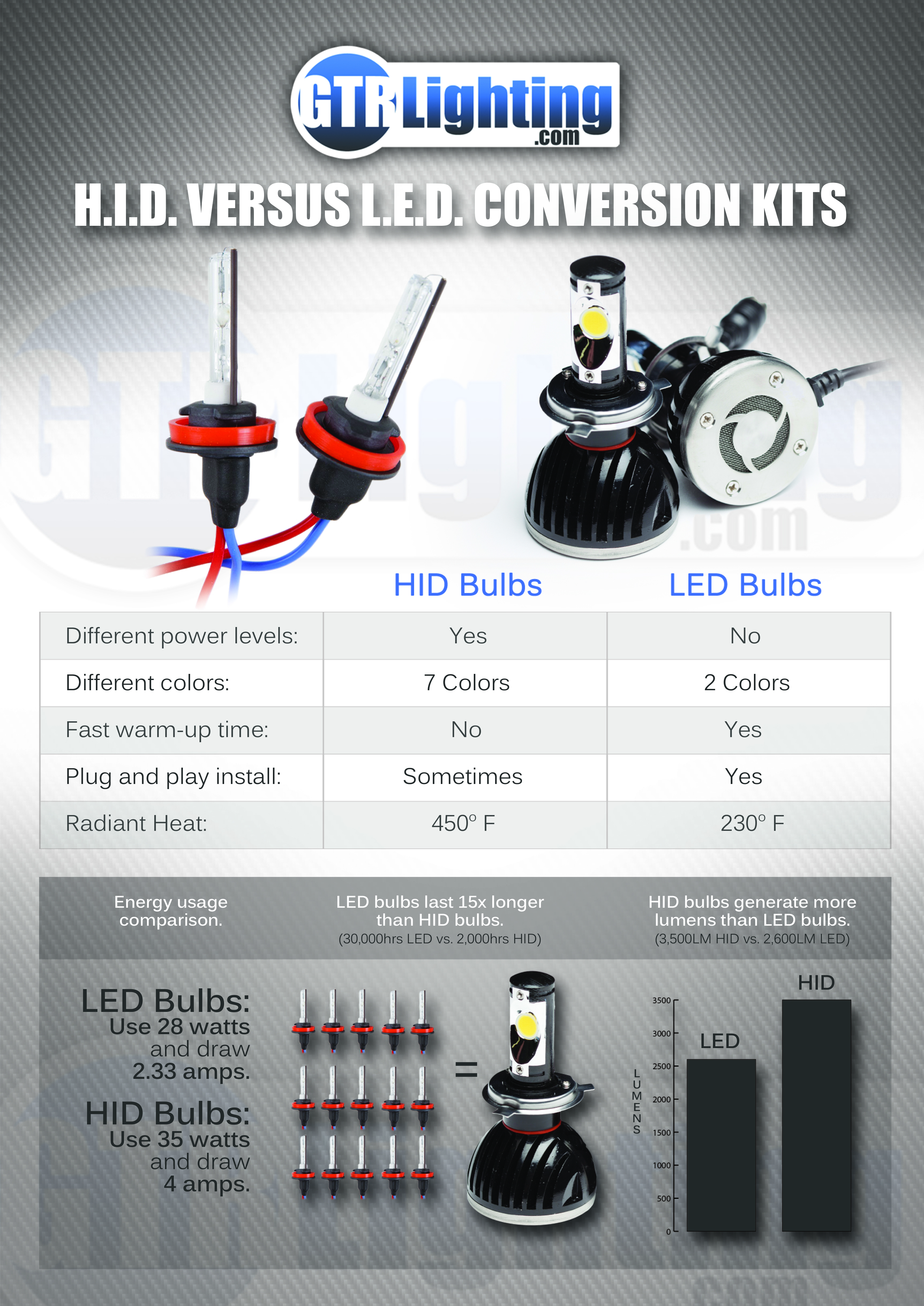 This infographic shows the main differences between HID and LED headlight conversion kits.

Here are the main points broken down even further: 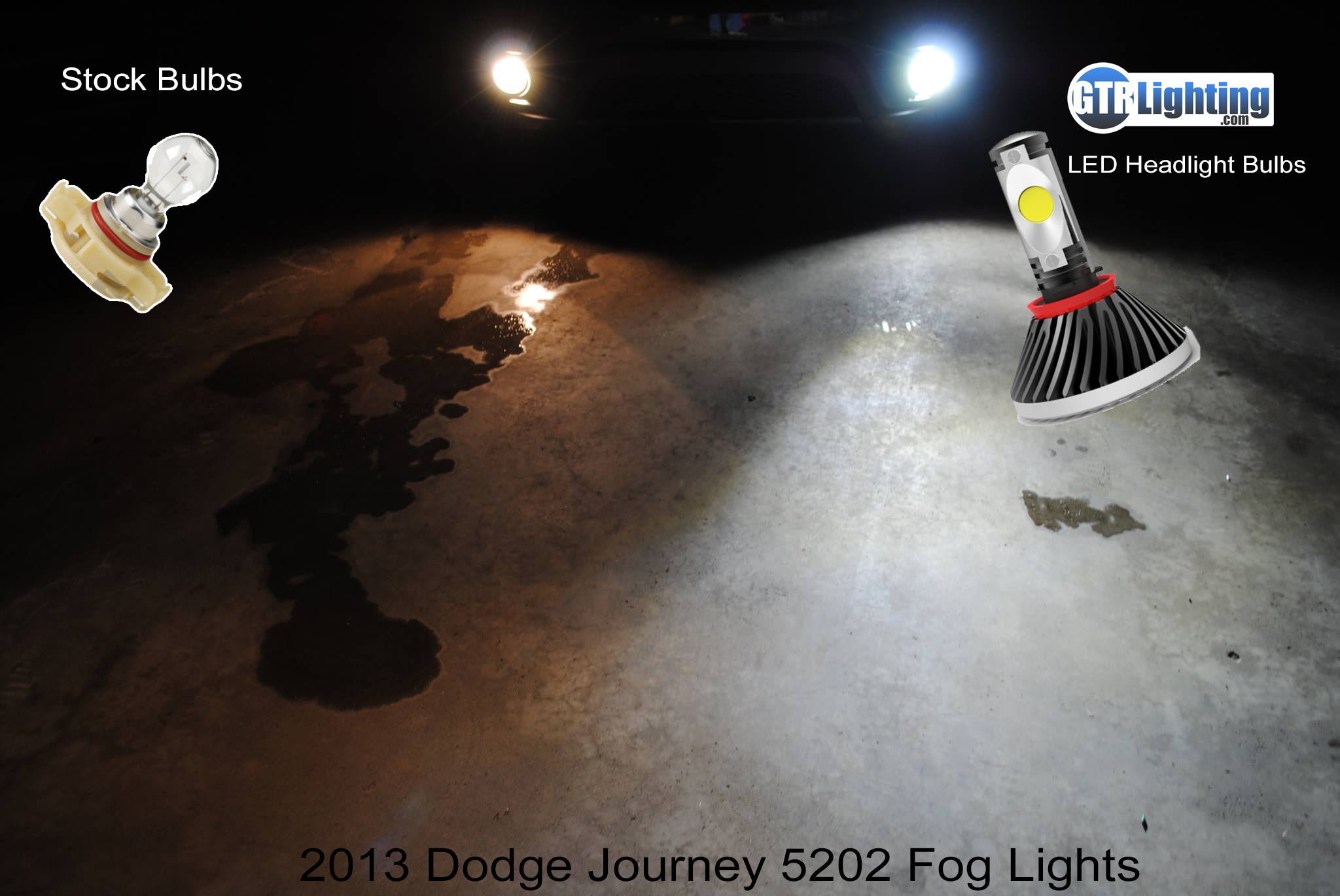 Even though HID kits are still brighter than LED, and they come in more colors, LED Conversion Kits still have their merits. The above picture displays a 2013 Dodge Journey running a set of GTR Lighting 5202 LED conversion kit bulbs. The comparison shows how much better it is than the original 5202 bulb.

10 Things You Didn't Know About HID Lighting
by BETTERAUTOMOTIVELIGHTING posted on June 5, 2012

Not all HID bulbs are created equally! 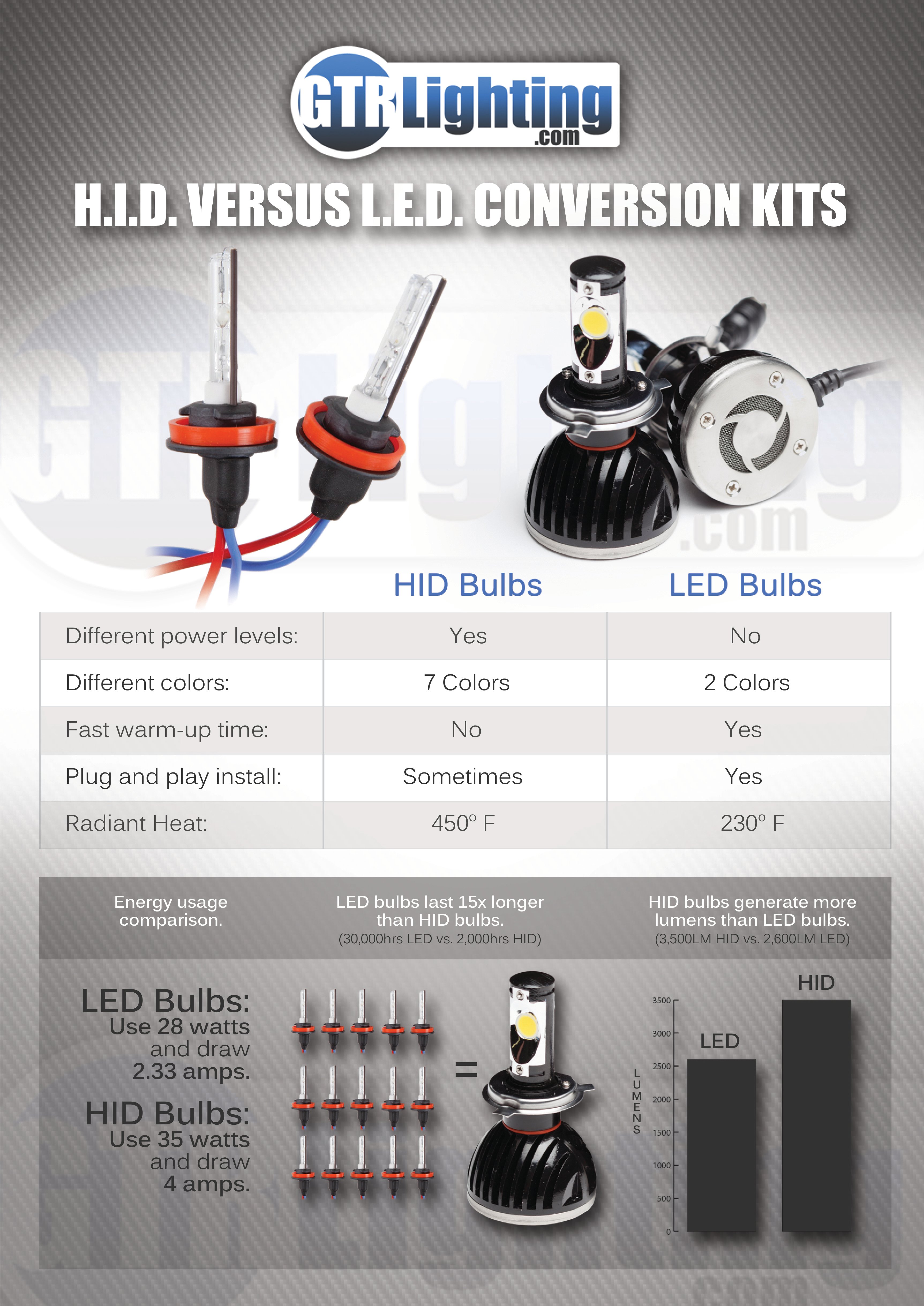 How to install 9005 bulbs in place of 9145 bulbs
by BETTERAUTOMOTIVELIGHTING posted on September 22, 2020 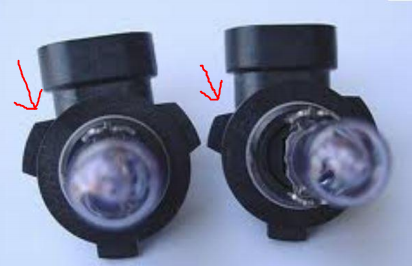