What is the real Lumen of a LED bulb? Looking at the numbers.

The lumen (symbol: lm) is the SI-derived unit of luminous flux, a measure of the total quantity of visible light emitted by a source. We measure the lumen of a LED bulb kit within a device called an integrating sphere. A bulb is positioned in the sphere and the light is given off by the bulb is scattered inside the integrating sphere and evenly distributed to 360 degrees. The total brightness amount of a source of light can be measured accurately since light could be captured from all angles in the sphere without any interference from other light sources. 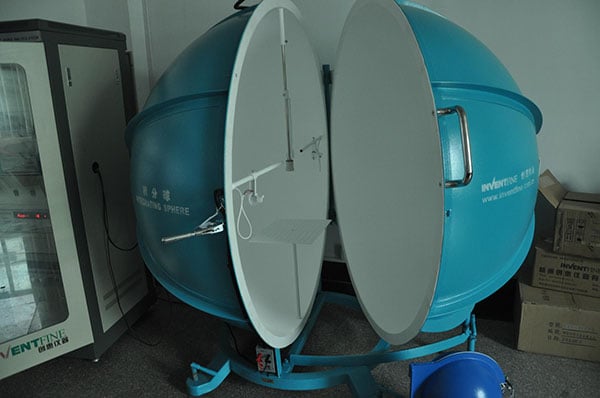 But when the suppliers claim the high Lumen amounts of their LED bulbs, they are usually giving just a theoretical peak Lumen amount based on the LED chip data (raw Lumen). For example, a single 1W CSP LED chip can emit 130 Lumen at most according to LED chip specifications.

So hypothetically if their bulb has 16 LED chips, they will claim the bulb has 16W working power and 2,080 Lumen, (16 chips x 1W = 16W, and 130 Lumen x 16 chips = 2080 Lumen) so a pair of LED bulbs will theoretically have 4000 Lumen (raw Lumen). But remember, this is just a theoretical peak Lumen amount of what the LED chips are capable of reaching in a perfect environment on their own. This does not take into account the thermal efficiency of an array of LED chips working alongside each other, over time, in a sealed environment like a headlight housing. In reality, if a LED chip was used at maximum capacity as the raw lumen rating suggests, it would burn up quickly in a real-world scenario. 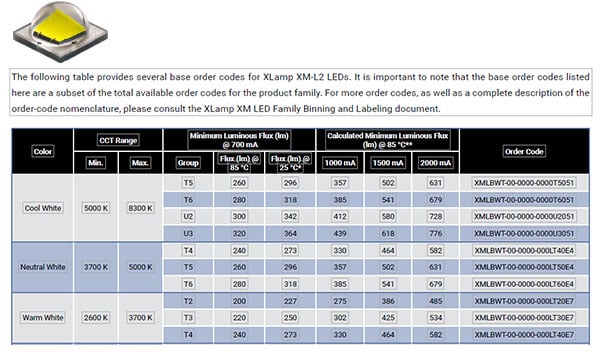 In actual use, the LED bulb’s Luminous efficiency is restricted by many subjective and objective factors and is unable to reach the peak lumen amounts the individual chips are capable of. LED bulb size, heat radiating area, working temperature–all these effect and reduce the LED Luminous efficiency. A pair of LED bulbs that claim 4,000 Lumen (raw Lumen) may actually only reach 1,300 lumens (effective Lumen) each.

Let’s look at how heat can affect the lumen amounts of a LED bulb. Anytime the LED bulb turns on, the LEDs begin producing heat. Some of the energy gets turned to heat, so as the heat grows the bulb begins to dim in brightness. As the bulb rises and reaches its normal operating temperature, the bulb enters a state of equilibrium as the bulb also dims to its normal operating brightness. This brightness is the true lumen output of the LED bulb and will keep working at this brightness level for hours. Most of the products on the market reach thermal equilibrium after working for 5-15 minutes. The best-LED bulb designs have a small gap between the peak Lumen value and the stability Lumen value.

After you grasp an understanding of real lumen numbers you also need to understand Lux, the usable brightness focused onto a certain point. When you understand Lux, raw Lumen, and Effective Lumen you can start decrypting the crazy claims made by different LED bulb manufacturers. Realistically, the best of the best-LED bulbs on the market today might have an actual effective lumen rating of 1,800 – 2,000 per bulb at most. Anyone who claims more than double these figures is flat out lying to you. 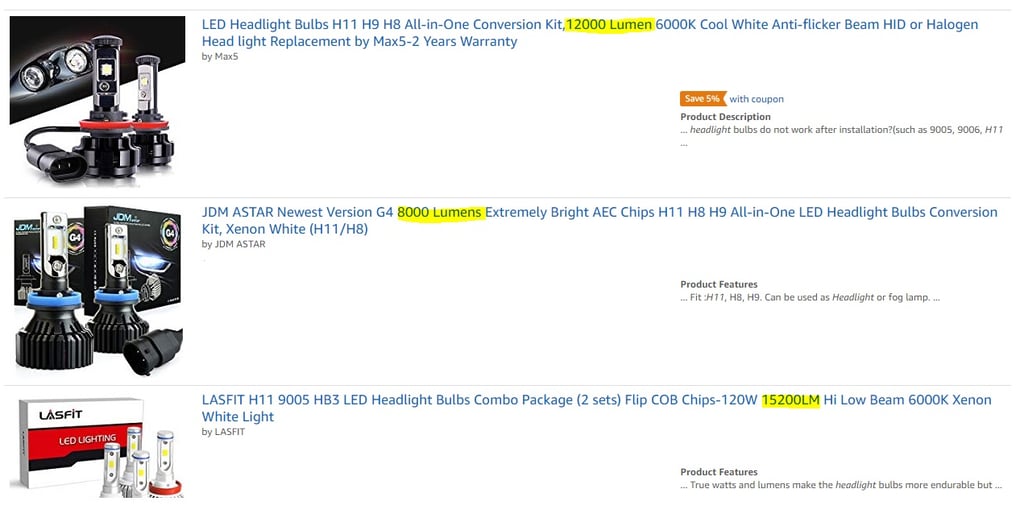 Here’s my hypothesis on why so many people just flat-out lie about their lumen ratings… It gets lost in translation! Did you know that the first LED bulbs in the world were invented in, and manufactured in China? It’s not a knock-off product if it comes from China – that’s where they were first made. The Lumen ratings in China have turned into a marketing gimmick:

“He Who Has the Highest Lumen Rating Wins the Race.”

It’s really quite ridiculous but it’s the truth. Their definition of success has nothing to do with efficiency, fitment, beam pattern quality, color quality, or usable light output… More often than not it’s all about that sweet sweet lumen rating! So, one company said, “Hey everyone, our bulbs make 2,000 lumens each!”. Then the next competing manufacturer says “Oh yea, well our bulbs make 2,500 Lumens each!”. And then the next LED company down the street had a brilliant idea: “Pssst… let’s combine the lumen rating of both bulbs into 5,000 and trick people who think it means PER BULB!”. And then the next company, out of their confusion of the tactic, said “Oh no, now ours need to be 10,000 per pair to be competitive!”. Then the next guys said “Oh no, we need ours to be 15,200 Lumens!” and so on, and so on, and so on. Some were talking about pairs, others were talking about singles but didn’t want to lose a sale and thus the Lumen marketing war was born!

FINALLY! A Truck Grill Made for a BRIGHT LED Light Bar
by BETTERAUTOMOTIVELIGHTING posted on September 15, 2013

FINALLY! A Truck Grill Made for a BRIGHT LED Light Bar

For a long time, the only company you could find an aftermarket bumper, bracket, or grill for was a Rigid Industries product – don’t get me wrong, Rigid is an awesome company! Made in the USA, really high-quality standards, and they look cool, but come on!

Their brightest light bar is like 20,000 Lumen of light output, whereas Vision X just released their new 52″ #XIL-PX9010 at a whopping 44,370 Lumen! If you are told by someone that “Rigid’s lights are the best and brightest,” they’re either a misinformed nut swinger or a dishonest Rigid Industries salesman! Rigid’s got some cool stuff, but they’re not really in the same league of light output as Vision X has proven to be… 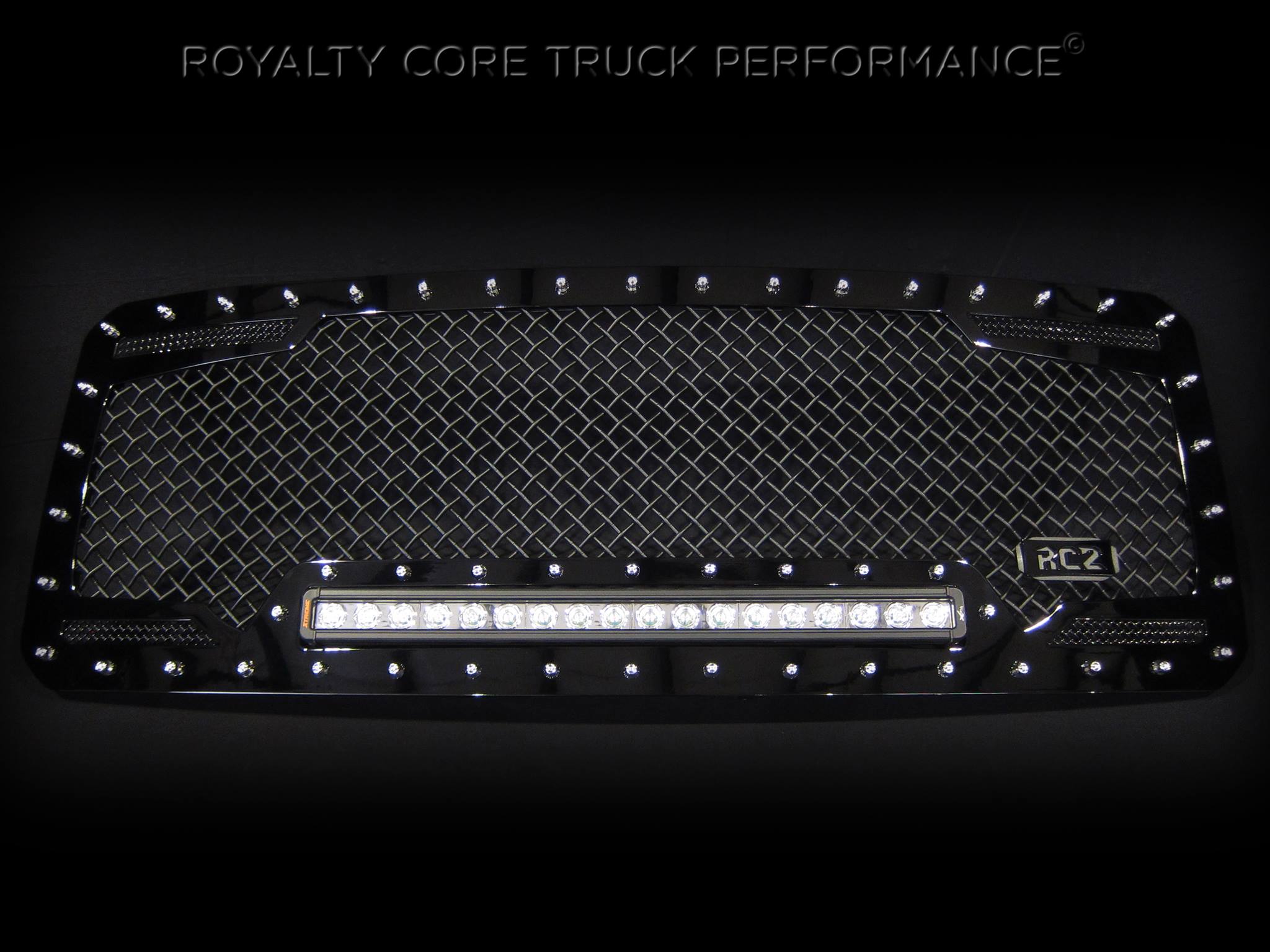 The World's BRIGHTEST Toyota Tundra!
by BETTERAUTOMOTIVELIGHTING posted on September 14, 2013

Have you seen this truck? Well if you’re a fan of lighting and a fan of trucks, then you owe it to yourself to check out the 99,000 Lumen Toyota Tundra from Headlight Revolution!