Morimoto has been a staple of the aftermarket automotive lighting market when it comes to LED housings. Unfortunately, all their housings cater toward left-hand drive vehicles, except for one. With their XB LED housing for the Nissan 370Z (2009-2013), you have the option to fit yours with the right-hand drive model! 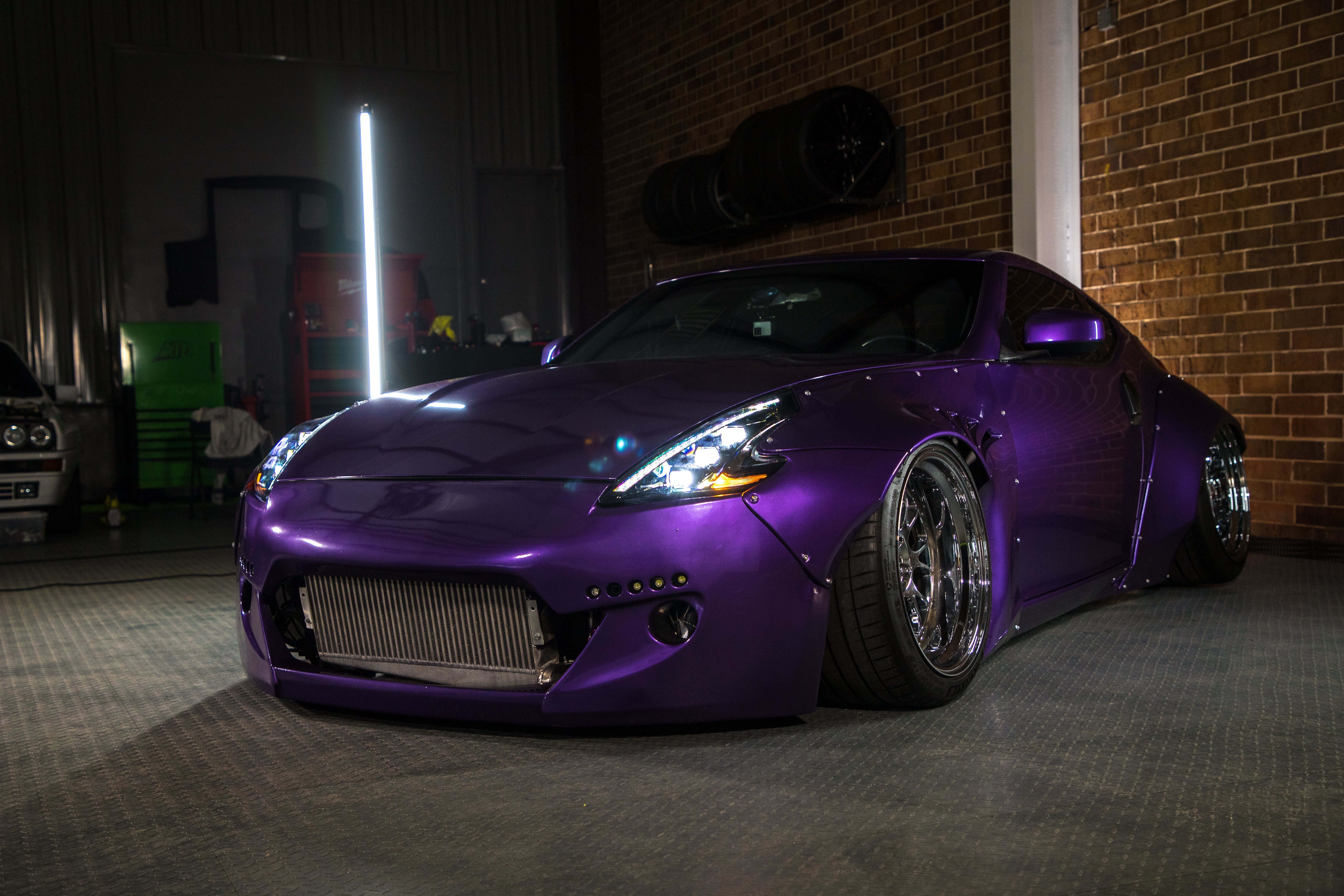 Perhaps if you are in one of the 160+ counties that drive on the left side of the road and are a 370Z enthusiast, you too can enjoy the benefits of one of Morimoto’s most recognizable headlights! We break down the differences between the LHD and RHD models, as well as go in-depth on what makes the XB LED headlights so great for your 370Z.

Morimoto has been a staple of the aftermarket lighting market for a while now. We have discussed them in-depth a few times, but essentially what you need to know is that these LED housings out-perform their OEM counterparts. We love that these lights are fully plug-and-play, making for an easy installation process with no obnoxious wiring jobs. 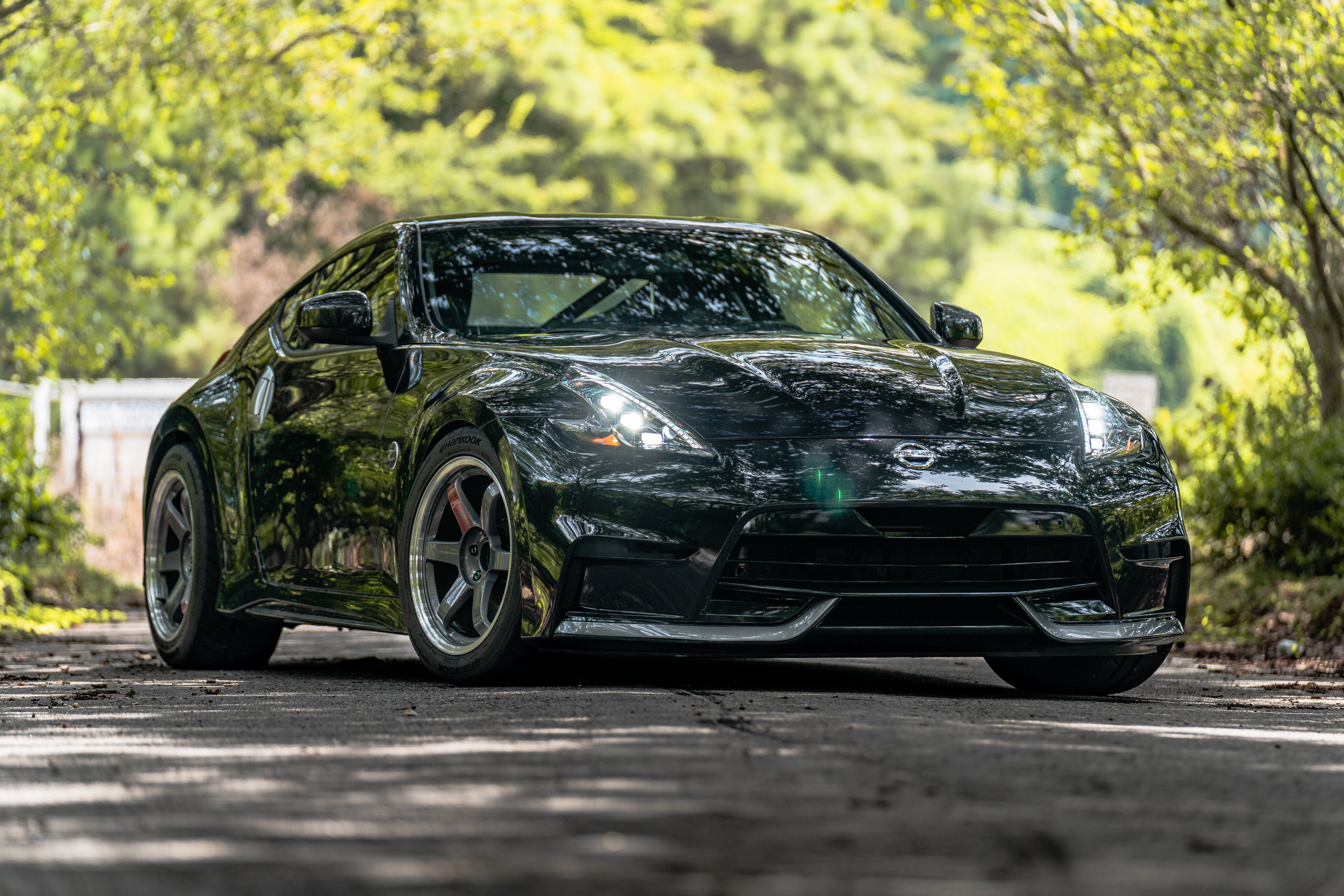 Seemingly out of nowhere, Morimoto has supplied their XB LED housing for the Nissan 370Z with an RHD variant. The Retrofit Source did a breakdown of these lights a while back. You can see the differences in the beam pattern where the highest point is on the exterior side of the beam. 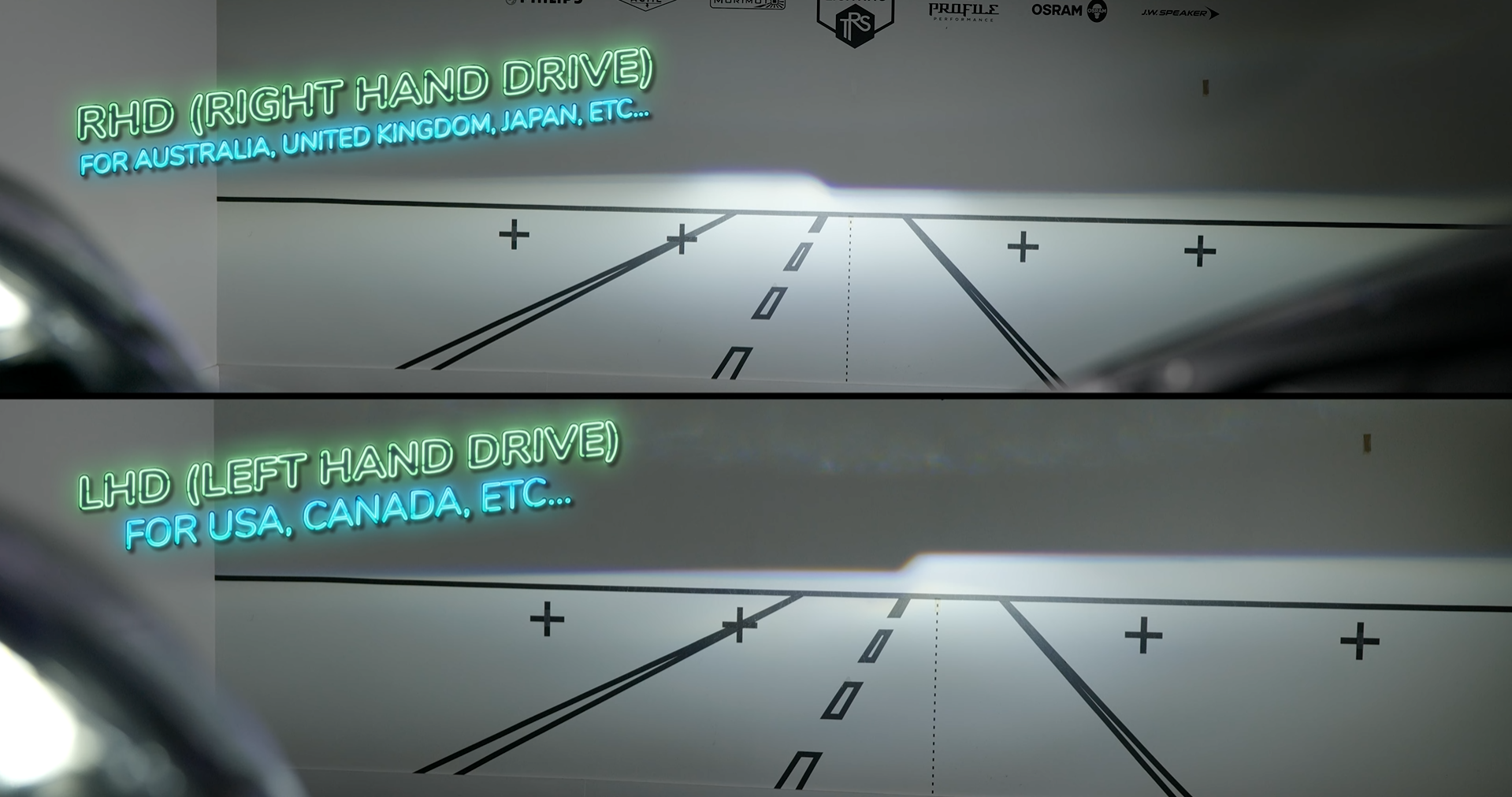 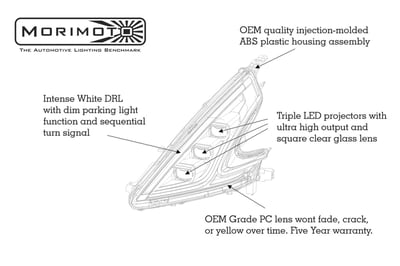 Regardless of the beam pattern you pick, the Morimoto quality will be there. We mentioned the easy installation and OEM-beating performance, but these headlights utilize a UV-polycarbonate lens to protect the lens from fading in under the Sun's rays. The rear of the housing uses an OEM-grade backing to protect the fully LED insides.

As for styling, the Nissan Z community has shown these lights some great attention. We find it difficult to go to any show where a crowd of Z's show up and not see at least one or two cars with these XB LEDs installed. The fully LED daytime running light (DRL) really makes these headlights pop when off. Once you flip the headlights on, the DRL dims to 50 percent brightness and the three projectors light up. 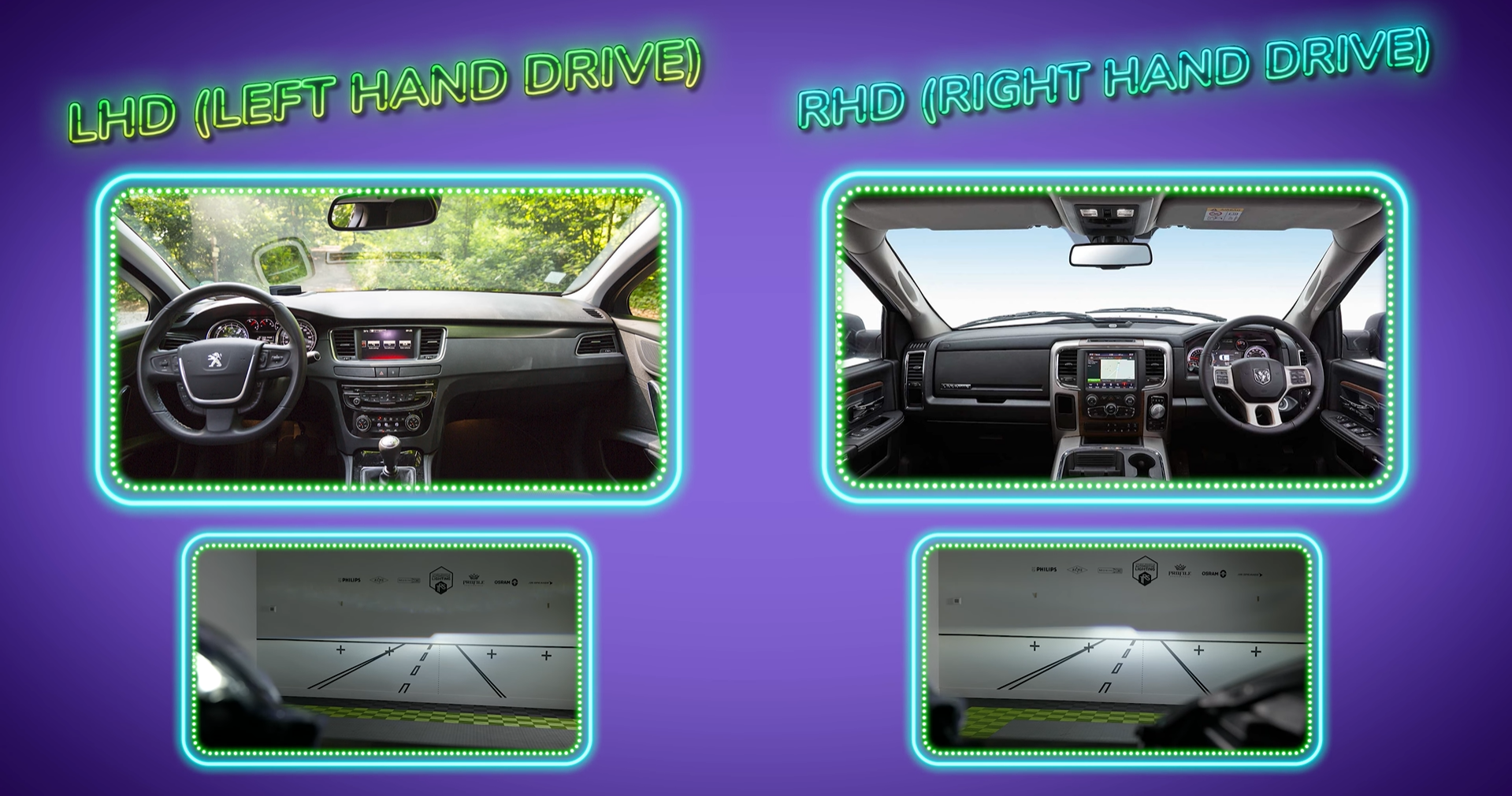 With this discrepancy between the beam patterns, you will avoid blinding oncoming drivers. If you live in the United States, you need an LHD XB LED for it to be used on public streets and meet DOT compliance. 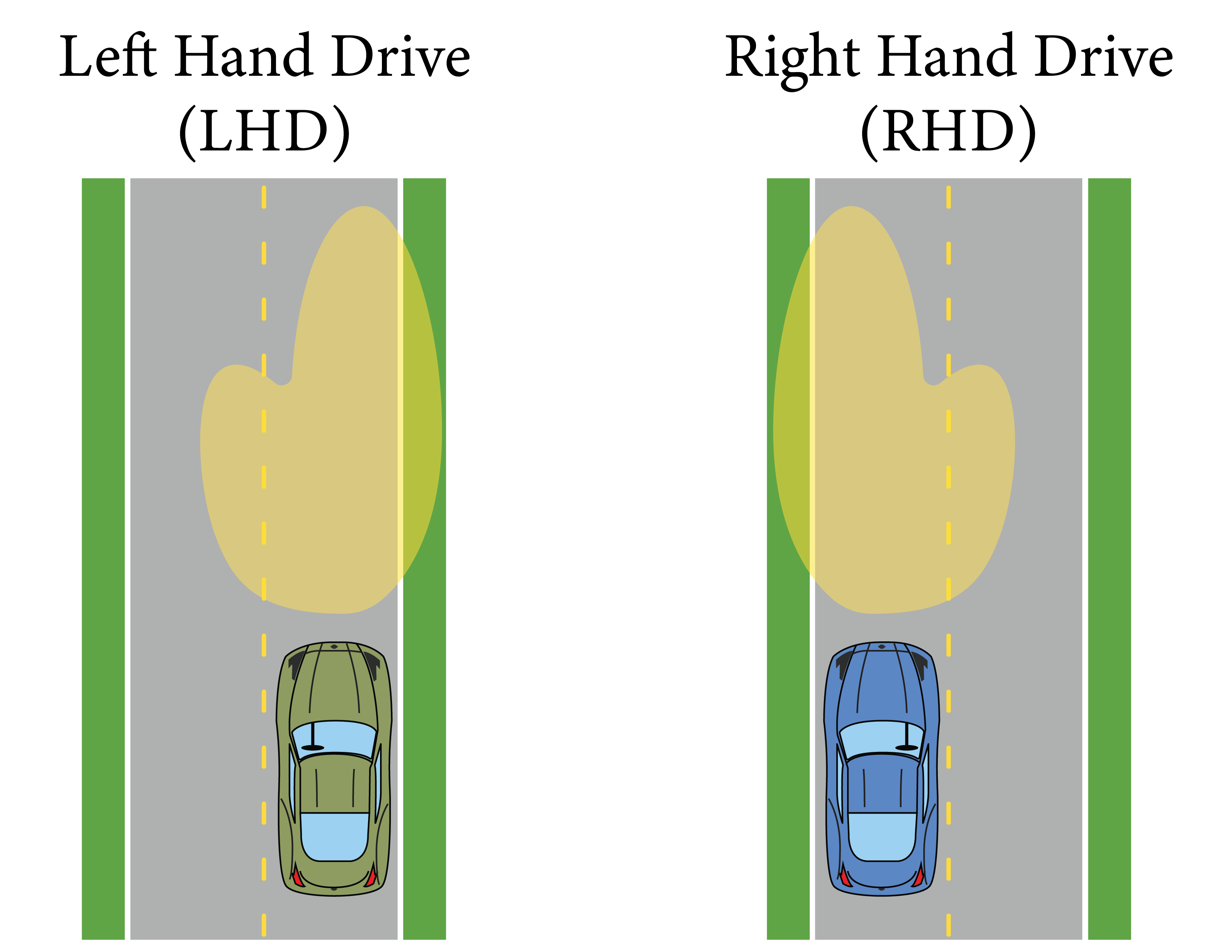 WHICH COUNTRIES USE RHD CARS?

Historians have disputed why some countries drive on the left side of the road and others on the right. The United Kingdom designated its roads to be left-hand traffic in 1773 and again in 1835. France was the opposite, designating drivers to be on the right side of the road.

A common belief is that drivers would ride on the inside of the road, allowing them to better avoid collisions with oncoming cars. Henry Ford produced his Model T with the driver on the left side, which therefore necessitated driving on the right side of the road, according to History.com.

You will most often find that countries that were a colony of Great Britain, maintained the left-hand traffic model. Other places include Japan, Indonesia, most African countries, the U.S. Virgin Islands, and Hong Kong all driving on the left side of the road.

If you are interested in picking up your own set of Morimoto XB LED headlights for the 2009-2013 Nissan 370Z, you can pick up your own set here! They give you the option in their drop-down menu to purchase either an LHD or RHD model. 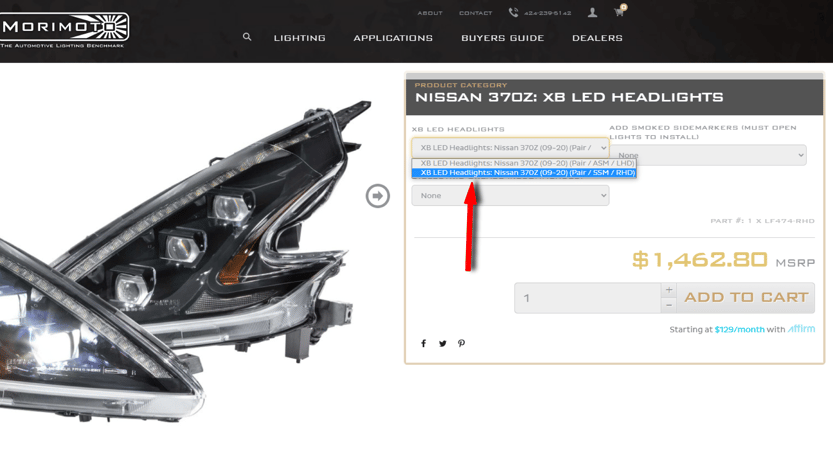 Morimoto always knows how to put on a show. Their XB line of fully-LED headlights are among the best in the industry thanks to the premiere build quality, insane light output, and plug-and-play compatibility.

These may be the only RHD XB headlights, but if you want your own set of XBs but do not have a 370Z? Head over to their website, put in your vehicle Year/Make/Model, and see what Morimoto has to offer for your ride.

Have any questions about the products mentioned? Looking for something Morimoto does not offer? Just want to say ‘Hi’? Drop us a comment! We would love to hear from you.

What are the differences between early and late model 350z headlights?

What does OEM HID Mean?