HID and LED Bulbs for your Ram Truck

I’m guessing you’re reading this article because you are having trouble with your Ram truck… Yea. So is everyone else. Take a minute to familiarize yourself with the info in this article before proceeding on your journey, and take a look at the different LED and HID upgrades for your truck here.

For some reason, the 2015 model year of the Dodge Ram 1500 truck is different than the rest… It’s like the black sheep of the Ram truck family when looking at lighting upgrades. If you want to do HID or LED bulbs on your 2015 Ram truck you’ve probably already experienced issues first hand or read about them on the internet… Most people chalk it up to the fact that “It’s a Mopar thing…” but I think you’ll be surprised why there are specific difficulties in the 2015 model year of Ram trucks specifically. It has to do with that pesky PWM system!

Starting in about 2003 Dodge converted the lighting control system in their Ram trucks from a traditional switch and relay system to a more complex CANBUS and TIPM system. CANBUS is a computer network built into your truck (CAN = Computer Area Network) that monitors the circuit that your lights are being powered on. The headlight switch sends a data signal to the computer in the vehicle. The computer sends a signal to the TIPM (Totally Integrated Power Module) which is the gateway or distribution box for nearly the entire electrical system in late-model Chrysler trucks. The TIPM has a circuit for the headlights and fog lights and sends power down the line to power them. That’s where CANBUS steps in… If it “sees” a power draw too high or too low as compared to your original halogen bulbs, it will shut down the system entirely, or maybe give you a warning light. So, 2003 is when this nightmare started and in 2015 they stepped it up a notch!

Starting in 2015 Dodge changed how their lighting control and management system works and implemented another system inside of the already existing complex system called PWM (Pulse Width Modulation). Here’s the problem though… they made a mistake in the programming that would later be resolved through a TSB (Technical Service Bulletin) at the dealership. The problem is that the original CANBUS/TIPM/PWM computer system was programmed to run the original halogen bulbs all the way down to 11 volts, sometimes lower, sometimes higher. It wasn’t uncommon to find a 2015 Ram truck with the PWM voltage set to only 13 volts when it was supposed to be at 14 volts!

This excerpt from a Dodge dealership work order shows that the customer’s OEM halogen headlights would sometimes flash because the vehicle was configured incorrectly.

This issue was so bad that even some vehicles with the original halogen headlight bulbs would show signs of flickering, a malfunction. This issue happened on the popular projector headlights and the “quad” single-beam reflector headlights alike. No submodel was immune to this supposed programming mishap and therefore changing out the lighting to a more sensitive technology like HID or LED proved to be problematic.

There are several companies out there that claim to have fixes for the complex 2015 Ram truck HID and LED headlight bulb issues but almost never work. Even if they DO work, many times they would just fail later on anyway…

This Dodge dealership work order shows that on cold days the customer’s headlights will flicker on and off, when driving, even on smooth roads. When installing HID or LED bulbs this same problem that exists with the OEM halogen bulbs becomes much worse!

Here are some options that some say work to fix the horrific problems plagued by the 2015 Ram trucks:

If you have a 2015 Ram and you want to upgrade your headlight bulbs to HID or LED I would recommend 2 things:#1: Go to the Dodge/Ram/Chrysler dealer and ask them to perform any TSB’s relating to intermittent flickering headlights. Even if yours don’t, you still might not be calibrated correctly.

#2: Good luck – Install the cheapest / easiest system first, and then move on up the list. There is no guarantee anywhere that any of the available fixes will work, your best bet is to get in with a company who is willing to work out the kinks with you until your truck is where you want it. 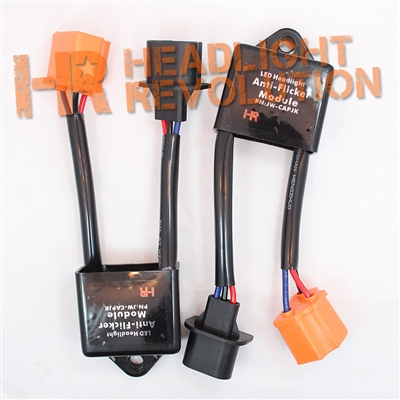 This is a harness made by Headlight Revolution that was the first product ever to solve the flickering problems when installing LED headlights in the JK Jeep Wrangler. 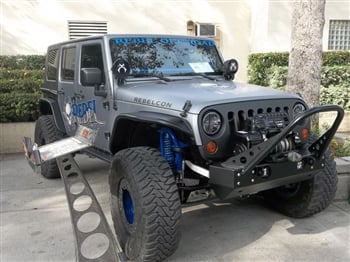 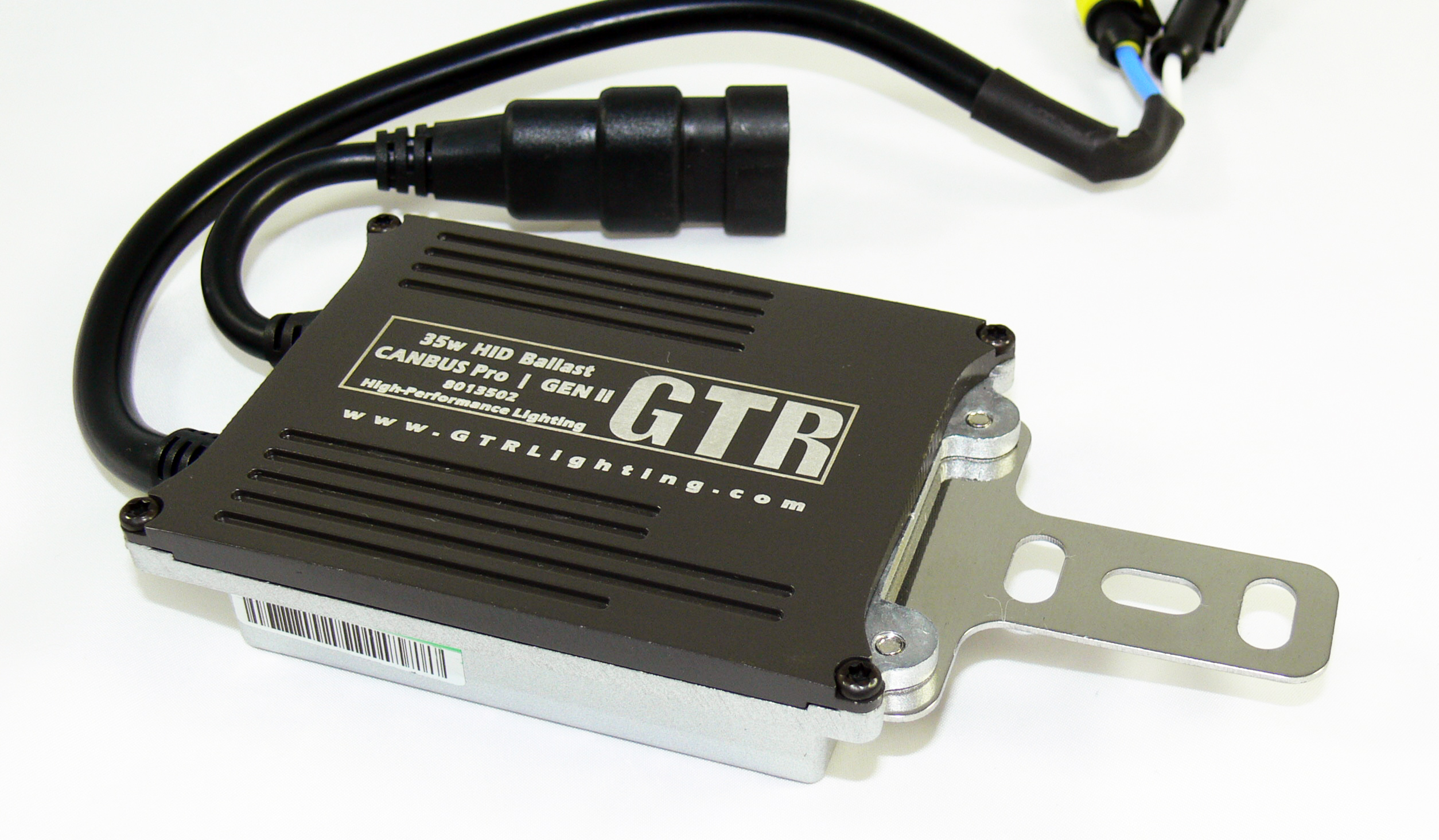 This is the 2nd Generation 35w HID ballast by GTR Lighting: The “CAN BUS Pro”.