In March 2015, GTR Lighting released the 2nd Generation LED bulbs which were the second LED bulbs from GTR Lighting. (The first being released a year earlier.) These 2nd Generation Bulbs were 1,000 lumen brighter and featured a unique color shield system to change the color of the light output. This new generation of LED headlight bulbs also created a beam pattern which was more usable and focused.

These 2nd generation bulbs were widely received and we found them to work specifically well in the 14-19 Toyota Tundra. So when we began to hear rumors from GTR Lighting that they were releasing an even better generation we got excited! In this article, we’ll point out the differences between the 2nd Generation and the newly released GTR Lighting Ultra Series (3rd Generation) LED Headlight Bulbs. 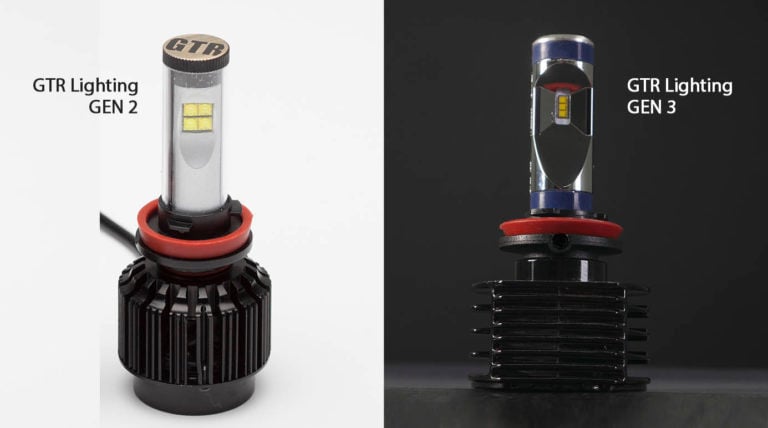 Before we dive into the specification differences, the first thing to point out is the body of the 3rd generation bulbs. Then 3rd generation Ultra Series bulb uses a fan-less design to cool the bulb. The original 1st generation and Generation 2 bulbs used a fan in the base of the bulb to pull away heat and cool the bulb. The fan in the first generation model worked well enough to cool the bulb, but we’re excited for a new cooling system that does not involve a fan that may potentially fail. The new Ultra Series LED Bulb uses a hollow base that allows for convection cooling and air movement through the base.

The other big difference is that the 2nd generation used an “All-In-One” style driver technology. However convenient this was, it increased the mounting depth required to run the bulbs. The new GEN 3 uses an external driver and sports a half-inch shorter heat sink which means it will fit way more applications than it’s predecessor! 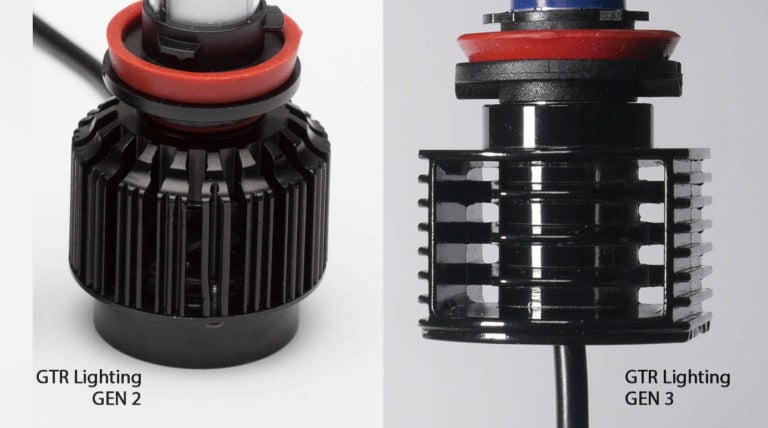 The ability to change the color of the light output on the 2nd generation bulbs really was a unique feature that many owners loved. It’s also a feature you will not find in this newest 3rd generation of LED bulbs; the 3rd generation Ultra Series bulbs have an unchangeable 6,000K color. Although this color is beautiful, bright, and clean white, some owners may be disappointed in the single-color choice. When asked about the change GTR Lighting admitted that using a glass shield around the LEDs on the old bulbs increased operating temperature and may have led some models to premature failure. 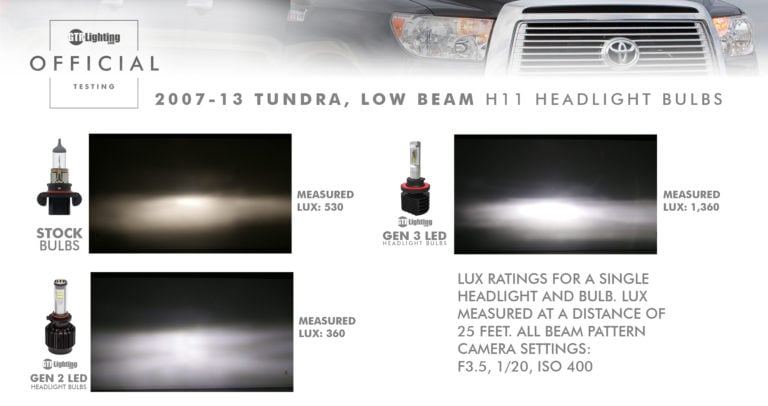 This picture was taken at a distance of 25 feet with the stock halogen bulbs, 2nd generation LED, and 3rd generation Ultra-Series LED bulbs all placed inside the same headlight housing. As you can see, the lux amount produced from the Ultra Series bulb is 1,000 lux more than from the 2nd generation bulb. Why is this important and what even is Lux? Well, let me explain.

Lumen is the amount of total light produced from a bulb. It’s true that the more lumen is produced the brighter a light is, but Lumen is only one factor in determining usable brightness. Lux is how usable light is determined. As you can see in these test shots, the 2nd generation bulb which has 3,600 lumens only produces 360 Lux, and the GEN 3 bulb that has 3,700 lumens produces 1,360 lux. How can it create so much more lux with only 100 extra lumens? What’s the difference?

Let me put it this way, a bulb with high lumen amounts could be unfocused and produce low lux amounts as a result. On the other hand, a bulb with the same amount of lumen that is able to be focused well inside a headlight can produce very high Lux amounts. The major difference we see here in usable light output is not really a matter of Lumen, but a matter of precise focus and the resulting lux. A huge difference we’ve seen between the 2nd generation and the 3rd generation bulbs is the ability of the 3rd generation bulbs to create a better-focused beam pattern versus the 2nd generation bulbs.

LED chip technology has greatly improved since the early days of LED bulbs. Take a look at the difference between the GTR Lighting 2nd and 3rd generation LED Bulb chips. The 2nd generation bulbs featured CREE XT-E LED Chips. The new Ultra Series 3rd Generation bulbs feature Lumileds Luxeon Z ES Chips. These new Lumileds chips are much smaller and can actually be shaped into a configuration that more closely resembles the footprint of a standard halogen bulb. The design and layout of these new Ultra Series bulbs are what create a beam pattern more similar to a stock halogen bulb. 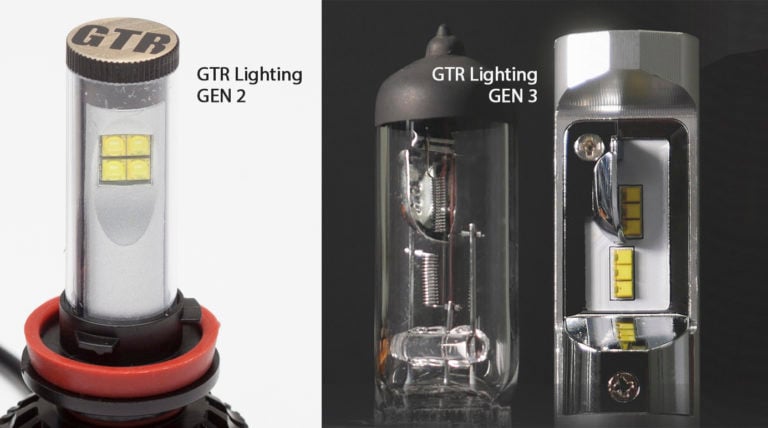 With the rise in popularity for headlight upgrades, both HID and LED bulbs, the demand for full-vehicle lighting increases. We explored the new trends in the lighting industry to find the best bulbs for every aspect of automotive lighting.

In this article, we will be covering a quickly growing trend, upgraded led reverse lights. First, what really are the intended purpose of the reverse lights? Second, why would someone want brighter LED reverse lights? 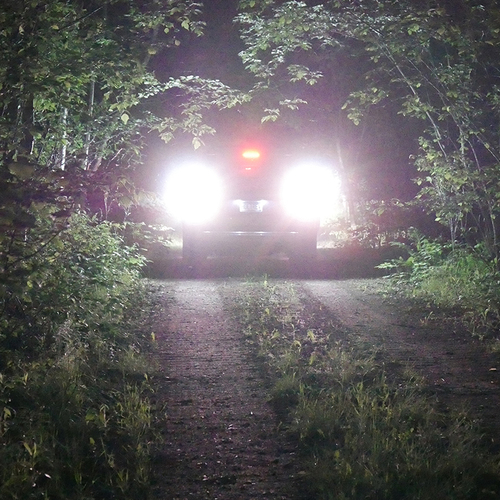 15 Brands LED Headlight Bulb Shoot-Out! Which one's the best?
by BETTERAUTOMOTIVELIGHTING posted on May 3, 2017

Street legal in the USA for Fog Light use.  Not compliant with DOT / FMVSS108 and not street legal in the USA for Headlights.  Certain specialty vehicles strictly limited to off-street use and not having DOT registration or license plates may use these products exclusively off-streets.  International street legality varies by country.  For detailed clarification on street use, go to https://headlightrevolution.com/street-use/  For improved headlight street use we recommend full assembly replacements found: here.

There are many options in the world of headlight upgrades, and even when you decide to go with LED instead of HID it doesn’t seem to make it any easier! There are still literally dozens of LED headlight bulbs to choose from! In the tests for this video we took a 2016 Dodge Ram reflector headlight housing and set up a test station using a digital light meter and some reference marks on the wall.

With the camera in the same locked photo settings, we were able to get a good beam pattern comparison of how each LED bulb faired against the original OEM halogen bulb. Then with a digital light meter, we located the brightest sectors of each beam pattern to discover the max lux. Comparing max lux, beam pattern shape and color gives us a unique perspective on which LED bulbs perform the best! 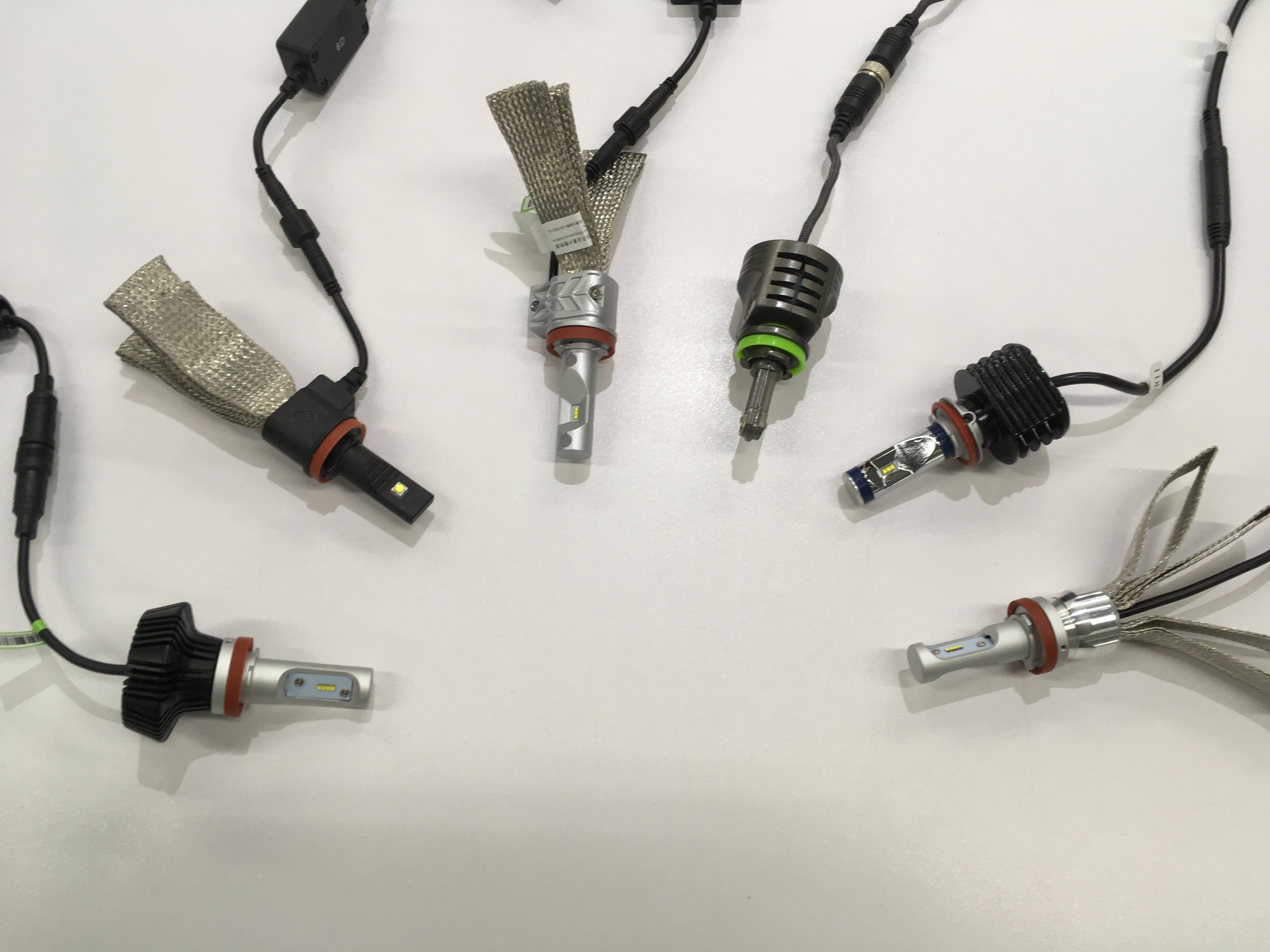 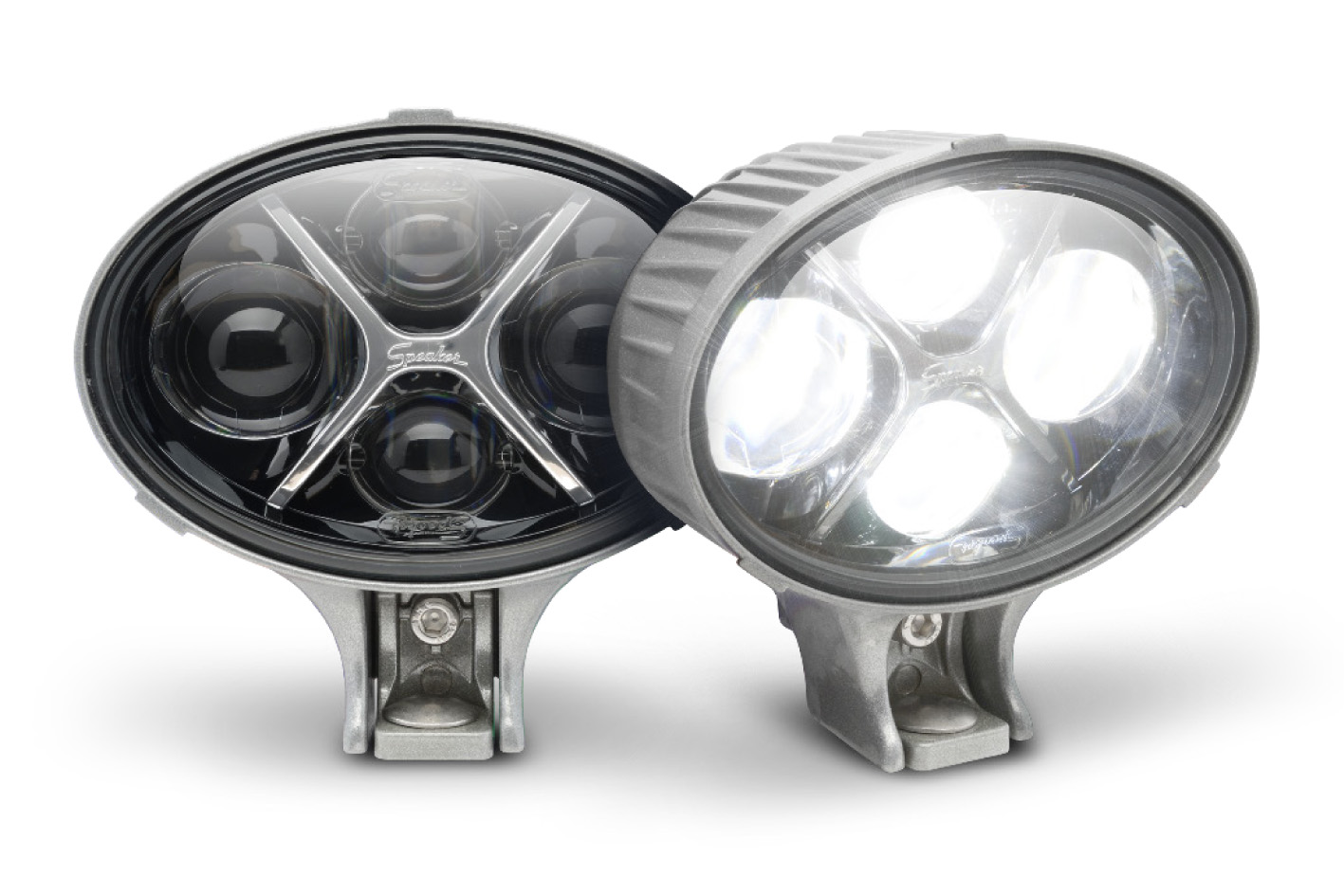 The newest and perhaps wildest LED off road lighting product on the market: The J.W. Speaker model TS3000. 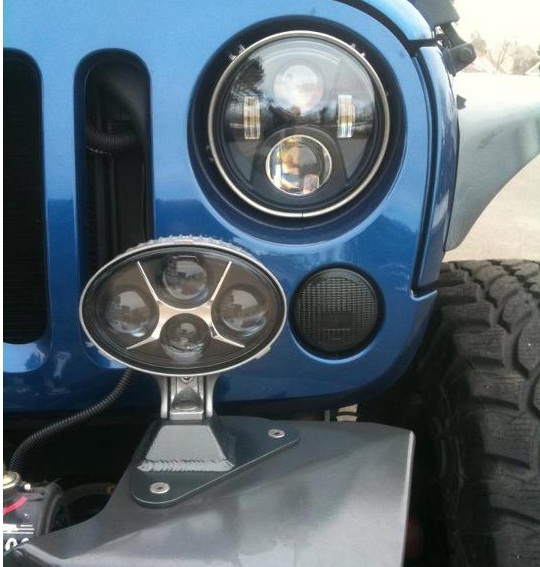