Can I put LED bulbs in my 2014 Toyota Tundra fog lights? 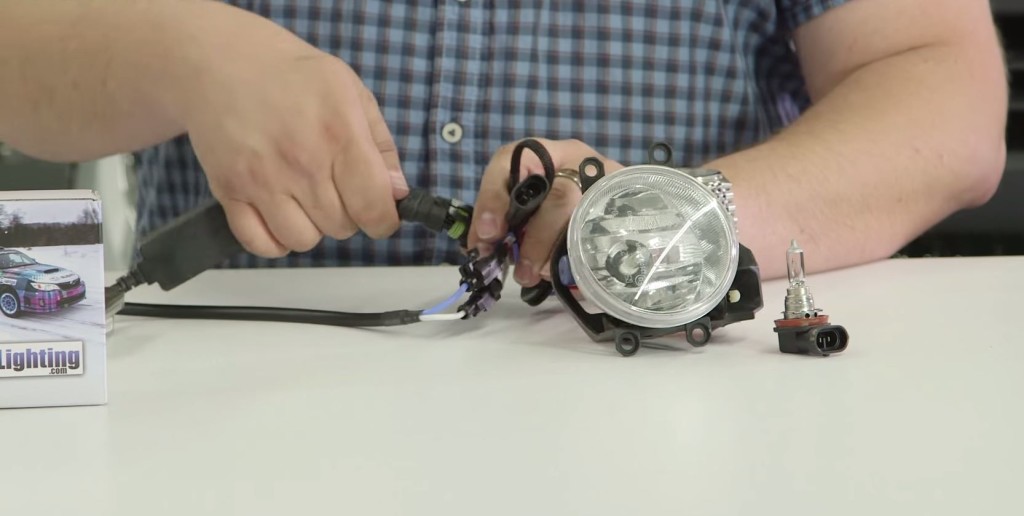 Installing an H11 HID bulb in the fog light housing of a 2015 Toyota Tundra.

Here you can see a couple different options for LED bulb upgrades that are plug and play, super easy to install and very very bright! 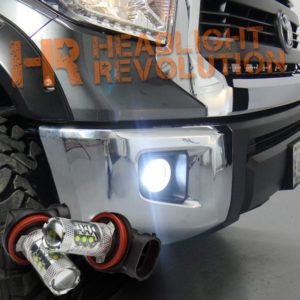 The Level 1 LED fog light bulbs from Headlight Revolution are the same size as the OEM bulbs, but use LED chips to create the light source. These are not quite as bright as the original bulbs but they look amazing, and look like high power HID bulbs at a fraction of the cost of a high quality HID kit. 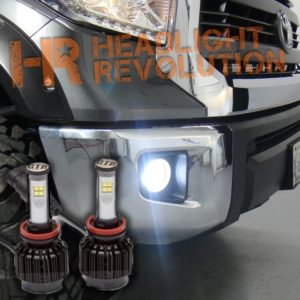 The Level 2 LED fog light bulbs from Headlight Revolution fit the same as the OEM bulbs, but are a little larger. They use a fan and large heat sink to keep the bulb cool and bright and use LED chips to create the light source. These are easily TWICE AS BRIGHT as the original bulbs and they look amazing. Also you can use optional color shields to customize the look of the bulbs to be whatever color you want!

What's the difference between H16 and 5202 LED bulbs for the Tundra?